What is Mid-Century design?

With its sleek lines and eminently laid-back vibe, mid-century modern decor has proven to be a much-sought after look for today. While there is some disagreement about when the period started, it roughly lasted from the mid-1930s to mid-1960s The style grew in America based on earlier styles such as Bauhaus which began in Germany. The most archetypal designs are known for juxtaposing sleek lines (such as skinny, peg legs on dressers and tables) with organic shapes, using new materials and developing technologies to reimagine traditional pieces. It made icons of its designers. We look at the most influential.

The creativity of American designers Charles and Ray Eames knew no bounds. Over the course of four decades, the husband and wife team made a ground-breaking impact on modern architecture, furniture design, industrial design and manufacturing. Perhaps most famous for their iconic chairs, they spread their talents far and wide, becoming two of the greatest designers of the 20th Century.

The Eameses were always open to collaboration, most famously exemplified by their plethora of iconic designs for Herman Miller and Vitra. They had ideas about making a better world, one in which things were designed to fulfil the practical needs of ordinary people and bring greater simplicity and pleasure to our lives. The original design power couple, their boundless creativity inspires to this day and beyond. 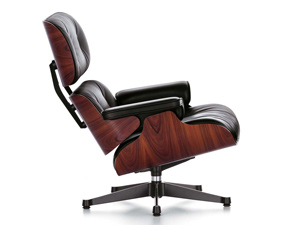 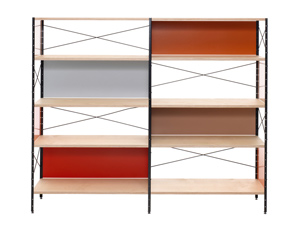 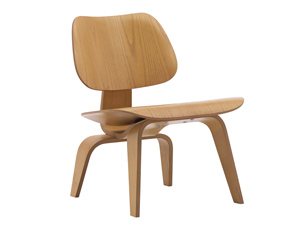 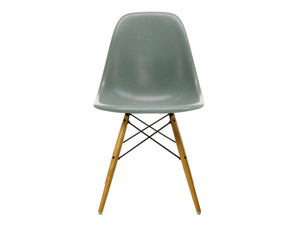 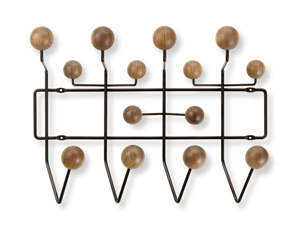 The creator of pieces with form over functionality

Widely credited with being the designer who brought Danish Modern to America, Juhl studied architecture at the Royal Academy of Copenhagen but as a furniture designer he was self-taught. This began in the late 1930’s, mostly designing pieces intended for his own use, but he soon became known for his unusual, sculptural pieces. Notably, his pieces placed more emphasis on form over functionality, with designs clearly influenced by modern, abstract art.

It was after he designed the interior of the Trusteeship Council Chamber at the UN headquarters in New York in 1951 that Danish Modern became internationally recognised and revered. Juhl’s furniture — as well as his lighting, ceramics, tableware and accessories — has an air of relaxed sophistication and elegance that is unique in the realm of mid-20th- century design. 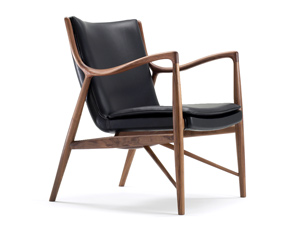 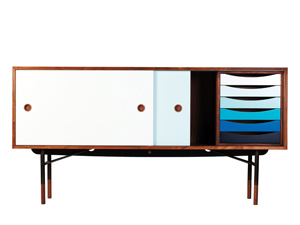 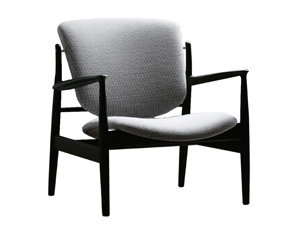 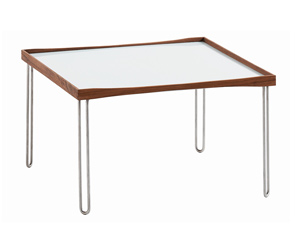 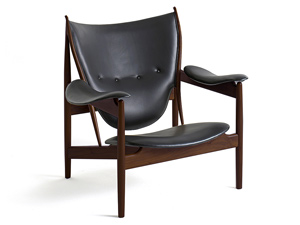 Sculpture of organic and geometric forms

Despite being told by his art teacher at the age of 15 that he’d, “never be a sculptor” the Japanese American artist Noguchi left an amazing legacy. He is considered a universal talent with a creative oeuvre that went beyond sculpture to encompass stage sets, furniture, lighting, interiors as well as outdoor plazas and gardens.

His relationship with Herman Miller evolved when a design of his was used to illustrate an article written by George Nelson called ‘How to Make a Table.’ It became his famous ‘coffee table,’ originally introduced in 1947 and reissued in 1984. “Everything is sculpture,” he said. “Any material, any idea, I consider sculpture.” 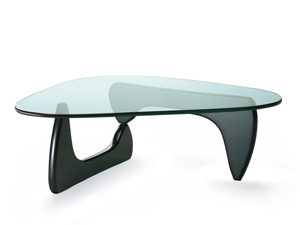 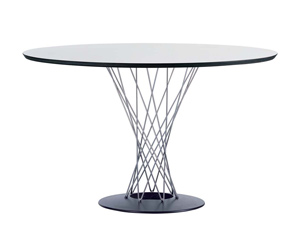 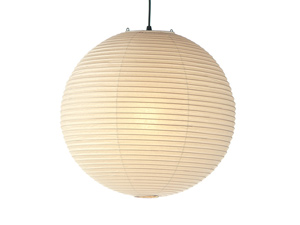 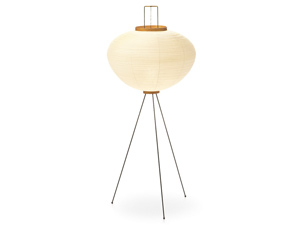 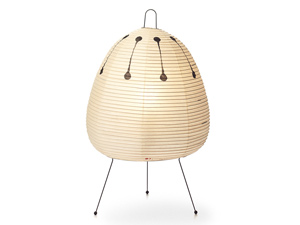 A Finnish American architectural designer noted for his neo-futuristic style, Saarinen is now considered one of the masters of American 20th-century architecture. The son of a noted Finnish architect Eliel Saarinen, he took courses in sculpture and furniture design at the Cranbrook Academy of Art, where Eliel was Dean. Here’s he met Charles and Ray Eames and became good friends with Florence Schust (Knoll.)

Among his outstanding projects are the Dulles International Airport in Washington, DC, The Gateway Arch in St. Louis, Missouri, the TWA Terminal at Kennedy International Airport, and the CBS headquarters in New York. With furniture, he created instantly recognisable pieces such as the Pedestal or Tulip tables and the Womb chair, which remain coveted classics to this day. 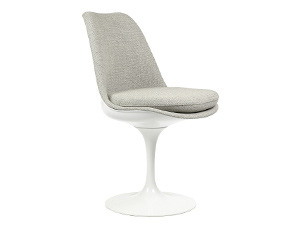 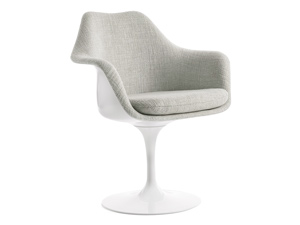 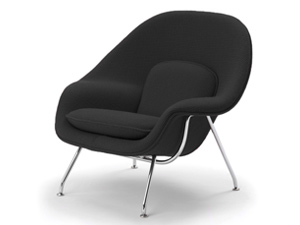 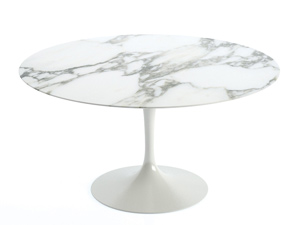 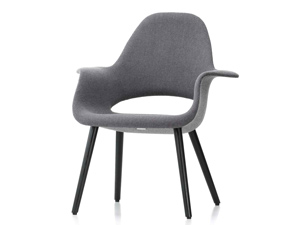 Born in 1926 and raised on the small Danish island of Funen, Panton attended Odense Technical College and the Royal Danish Academy of Fine Arts. As a young man he worked in the design offices of his famed countryman, Arne Jacobsen. Known as experimental and uncompromising, he pushed the design envelope as far as he could.

He pioneered the use of fibreglass, synthetic fabrics, steel wire frames and moulded plastic like no designer before, the latter probably best demonstrated in his moulded plastic stacking chair, which bears his name. It has become such a classic piece of furniture, and one that has been widely copied, that it’s hard to understand just how revolutionary it was when it first appeared. 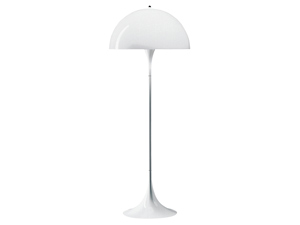 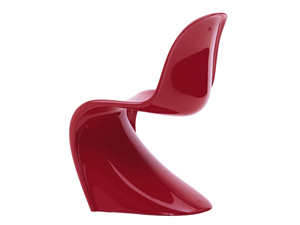 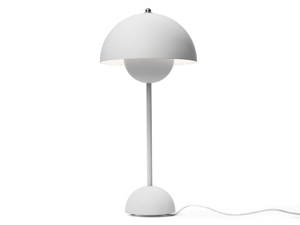 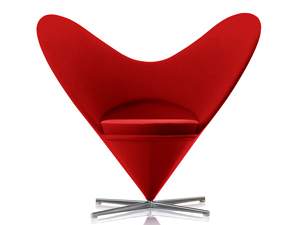 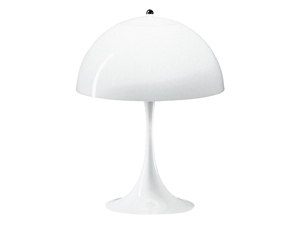 One of Finland’s most iconic industrial designers

After studying industrial and interior design at the Central School of Applied Arts in Helsinki, Tapiovaara worked briefly in the office of Le Corbusier. He continually sought to refine and improve everyday objects and his long career produced some of the Finland's most iconic and enduring designs.

In 1946, along with wife Annikki, Topiovaara was awarded the opportunity to design all furniture and interiors for the Domus Academia, a new student-housing complex in Helskini. The most successful product from the project was an elegant stacking wooden chair. The design would catch Hans Knoll’s eye a few years later at an exhibition in Chicago, and in 1951 he began importing the Domus Chair, which today has the status of a modern classic. 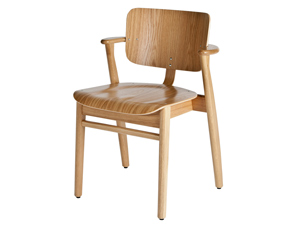 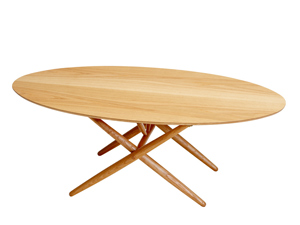 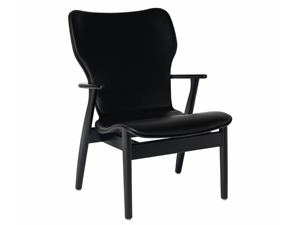 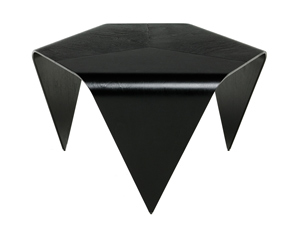 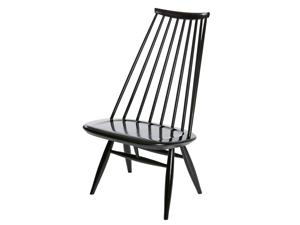